Why I Love Michael Martinez, the Polemic SEO

When you start to know what ‘real SEO’ is. When you start to understand that most SEO blog posts and authors are simply wasting your time. When you start to get your own ‘SEO legs’. These are the times that you realise who really does understand search engine optimisation, and tells you how things are – warts and all. You tend to have a soft spot for such people. And For me, this particular person in my early years as an SEO’er was a certain Michael Martinez, an SEO with an eye for bloody awful web design.

I have read hundreds and hundreds of articles by Martinez since the early 2000’s, and I have to say that I have enjoyed every single article that he has written, despite him not being a person that is easy to like at times. Hmmm, maybe this is why I am such a fan of his? I often use the example of “the teacher that was nice to you, but told you off when you deserved it” as the type of person that people remember fondly from school days. I think Martinez fits this mould. Just when you think that you find Martinez agreeable, he goes and ‘does a Martinez’ again, and riles you up somewhat.

Yet, I come back for more. Over and over again. Despite his awful web designs, despite his awful use of fonts, and terrible banner image ads with text that is chopped off. 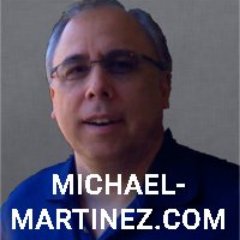 So why is this?

Something of a side note, first. As people that have worked with me know, I force young people fresh into the SEO world to read hundreds of articles by Martinez, so that they don’t fall into the trap of believing ‘Moz-cack’, nor the myriad inane articles on what I deem as ‘safe’ SEO forums and news sites.

In my experience, newbie SEOs that follow the Martinez path to the letter in unrelenting fashion, become truly excellent SEO types, with a great career ahead of them. Those that fail to read his work at length, or take comfort in less barbed content on safe SEO sites very rarely become anything more than an ‘also ran’ that limps from SEO agency to SEO agency, occasionally taking a boring, safe, hum-drum, in-house SEO role just to pay the bills.

So, back to the point…why do I cherish Martinez so much, and why is he popular with ‘those that know’, despite him not fitting the vacuous, populist, ‘SEO rock star’ personality? Well, I think that I just answered the question right there. He is no such things. In fact, Martinez seems to be simply ‘relentless in the pursuit of the truth’. And I don’t think he gives a damn if you care or not.

He reminds me very much of Christopher Hitchens, the wonderfully talented intellectual, who is sadly no longer with us. Like Hitchens, Martinez doesn’t kowtow to conventions, doesn’t ass kiss, and is very true to himself in everything that he writes or records. Another person that he reminds me of is the genius that is Sharon Drew Morgen, easily the most genius of sales theorists (and practitioners) alive today. She also has a badly designed website. I think that I am starting to see a theme.

Each of these people are/were well known to their peers (and deeply admired), yet shunned away from the brighter lights (and revenues) that can be had in the exchange for selling one’s soul.

Maybe I’m a romantic for brilliant brains that have not had the same amount of sunlight that lesser people have had in the same industry. Like the others mentioned, Martinez doesn’t have the ‘typical’ look of a populist expert. Combine this non-conformist ‘look’ with regular views that can make industry people feel unsafe about what they currently believe and espouse – oftentimes belittling their ENTIRE career thoughts and teachings – and you have the perfect recipe for what Martinez has become…

…the best kept secret in SEO…a genius in his field in which many ‘popular’ experts KNOW he knows much more than they do…the truest writer about everything to do with search engine optimisation…cantankerous…my SEO hero.